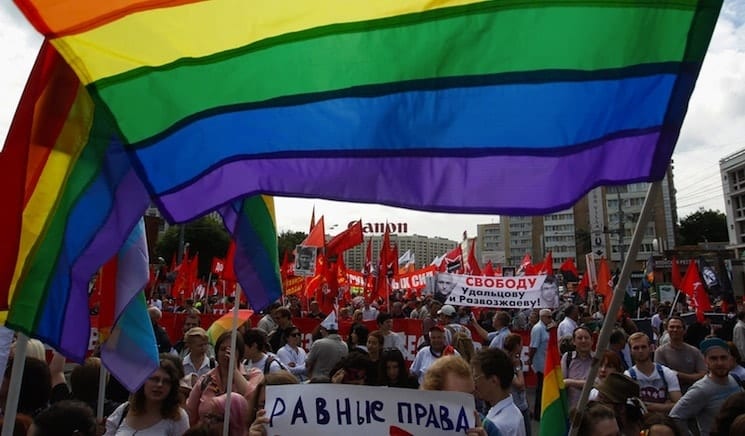 The fight to bring the rights of the LGBT community equal to that of others is often seen as a pointless exercise by some as it is seemingly guaranteed that everyone will end up with equal rights. In some places this seems to be the case, even with a minority of people fighting against and endangering this ideal, but of course with anything there are exceptions. Unfortunately these exceptions aren’t always the classic being unable to marry but can be so much more brutal leaving danger and misery for those involved.

Possibly the most known example of a lack of LGBT equality, due to media coverage, is Russia which is well highlighted in the BBC documentary, Reggie Yates’ Extreme Russia: Gay & Under Attack. There is a lack of anti-discrimination laws relating to the LGBT community so whereas in the UK an employer is categorically banned from rejecting a prospective employee due to their sexuality or gender identity, a Russian employer may be able to do just that causing extra problems in an already stressful point in anyone’s life. Possibly one of the most detrimental laws involving young people is commonly known as the LGBT propaganda law. This law prevents anyone showing minors any material normalising or promoting non-traditional sexual relationships, including gay/lesbian relationships. Breaking this law can result in the following punishments:

Imagine a law like this, preventing you accessing any help when going through an extraordinarily confusing and sometimes painful period of your life. How terrible would that be? Yet this is exactly what it would be like for a young Russian trying to come to terms with their sexual identity. Anything to stop them feeling abnormal and wrong being blocked through the law of their government. Of course not every law puts the LGBT community on the back foot with there being no limit on homosexual/bisexual men donating blood unlike even the UK which requires 1 year without any sexual contact with another man before blood donation is allowed.

Less publicised countries with what could be called even more serious problems with LGBT rights are a few Middle Eastern and African countries including Saudi Arabia. It is here where somebody can be put to death for same-sex sexual relations, even on their first conviction. Because of this there are obviously no laws protecting LGBT relationships or anything about allowing them to be themselves which rather than doing any good would just inspire fear into the hearts of both the young and adult.

While I have primarily focused on the darker side of LGBT rights there are of course a multitude of excellent achievements that have come about over recent years since the Stonewall riots of 1969. In roughly 10 years the UK has made strides that include open LGBT representatives being elected as MPs and in other places of government, sexuality no longer plays a part in whether somebody can represent their country in the armed forces, and the age of consent is now equal for all, brought down from 18 to 16. Even things that may seem so mundane and commonplace now have come about very recently in a flood of equal rights, for example gay and lesbian couples being able to adopt and couples being able to have civil partnerships although of course now same-sex couples are now allowed to marry across the whole UK as of 2014. Even the anti-discrimination laws didn’t come into play until 2006. An often more hidden part of the LGBT community is the ‘T’, transgender, which is slowly gaining more public representation and acceptance with an openly transgender parliamentarian along with numerous transgender men and women already in the public eye coming out and inspiring all that may be struggling.

While yes, there are many places in the world that need improvement to bring LGBT rights to a truly equal level that basic human rights demand, the steps that have been taken in such a short amount of time show that we as a society are moving in the right direction and that is what should be taken from this. Nothing is just negatives. It is slowly getting better for all of us, the recognition of same-sex marriage across all states in America in the past year even against such fervent opposition shows this.