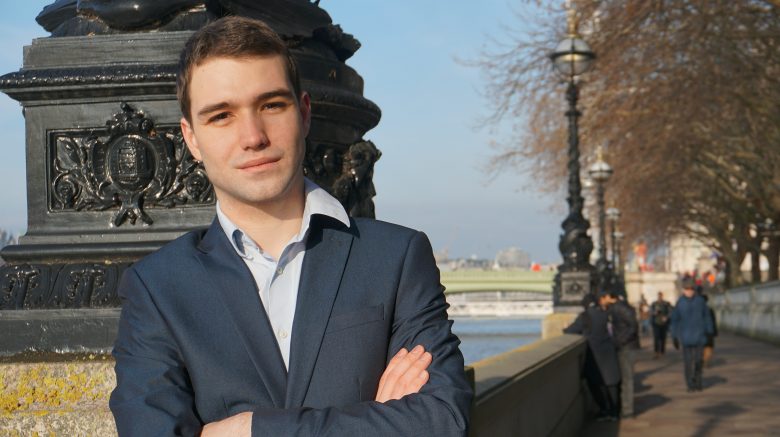 Kieran Goodwin will resign his chief executive position of the World Youth Organization and WYO Educate in March, a position he has held since the charity’s inception in January 2016.

Goodwin was instrumental in the World Youth Organization in attaining charity status and helped start a workshop-based program to help thousands of the nation’s youth to learn both lifestyle and mental health skills.

At just 17 years old, Goodwin became known as the United Kingdom’s youngest person to start a registered charity. He established a board of trustees, directors and a volunteer-based workforce using social media. The leading platform for his efforts is Twitter.

Goodwin, still in his CEO role at the charity, began to write for various news media companies such as HuffPost and The Independent. He also appeared on the BBC Radio 5 Live Men’s Hour segment in both 2016 and 2017.

Goodwin, using his new “Be Heard, Be the Difference” advice platform, will continue to offer support to inspiring young entrepreneurs through the various experiences he has gained being CEO.

He said, “No idea is too big. Never be afraid to dream, as those dreams can become a reality if you work for it.”

Goodwin was honored for his charity work in helping and educating young people to improve their lives with an array of awards such as The Diana Award and the Freedom of the City of London.

With the charity firmly set up, Goodwin believes the time is right for him to move on and allow another person to take over and bring the organization further into the future.

Goodwin said it was a privilege and honor to be the leader of such an amazing charity for three years. He said he made all kinds of connections with individuals all around the world – those who saw his vision to better educate young people, enriching their lives further.

Goodwin, who suffers from anxiety, said a WYO Educate Mental Health workshop would have been quite helpful to him. He said it’s important to give tweens, teens and young adults the education and tools to help them handle mental conditions properly, where they can seek help and support, and learn that they are not alone. Goodwin said by giving them these tools, it can bring them out into the light, change how they see life and mentally recover.

Goodwin said, “I am proud as to what we have achieved with WYO, and I am sure the success of our organization will continue far into the future.”

Ayath Ullah, Chair of the Trustee Board at the World Youth Organization has noted a few words regarding Goodwin’s departure. “Kieran’s vision and leadership has defined our journey so far from inception until now. I have been delighted to work with him and seen the charity grow from humble beginnings. There comes a time when founders must make way for others and that time is now. We will thoroughly miss working with our inaugural founder and CEO.”

Upon his departure as the CEO in March, Goodwin will become an advisor on the board of trustees.